Little in Japan: Webcomic about a hapless westerner in Japan

Hello! I’ve been working lately on a new webcomic called Little in Japan, about the misadventures of a particularly buffoonish westerner in Japan.
Here’s the info from the “about” page:

“Big in Japan”. Despite the cliché (and the groovy song by Alphaville), not every westerner who arrives in Japan is greeted with immediate and massive success, like Mr. Big somehow did. For every rock star who hits the big time in Tokyo, there are countless ordinary slobs floundering in the suburbs, teaching English. This webcomic is about one such guy. Dave Barker is a bumbling ex-pat who loves Japan, and he reluctantly and inexpertly teaches English in order to stay. Follow him as he tries to get by but fails at every turn, inadvertently offends Japanese sensibilities, and just generally makes a bit of a dick out of himself. 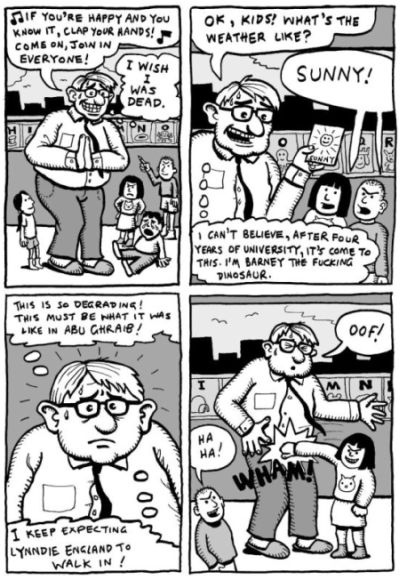 Have a look here.